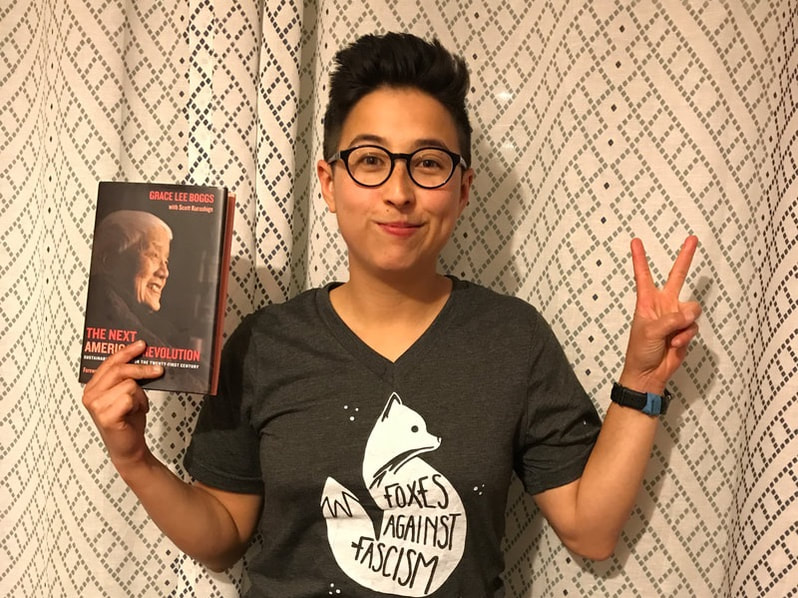 Episode 17
​
The Next American Revolution: Sustainable Activism for the 21st Century
by Grace Lee Boggs with Scott Kurashige

An inspiration to many activists, community organizers, and revolutionaries for decades upon decades and beyond, we remember Grace Lee Boggs as her - what would have been - 102nd birthday just passed on June 27th. We sat down with Chicago-based activist Sarah Lu to talk about The Next American Revolution: Sustainable Activism for the 21st Century, co-written with Scott Kurashige. In this deeply humanistic book, Boggs shows how to create the radical social change we need to confront new realities. Tune in!

Key questions:
1. What does Grace mean by "reinventing culture?"
2. What is visionary organizing? Transformational organizing?
3. What is a humanist?
4. What, according to Grace, are the "qualifications" of a movement activist?